From October 17 to 20, 2022, the OZK Group took part in the 39th edition of the international exhibition for agriculture, food, aquaculture, packaging and agro-industry – Saudi Agriculture, which was held in the city of Riyadh, the Kingdom of Saudi Arabia.

The stand of the OZK Group was included in the “Made in Russia” national exposition, organized by the Russian Export Center. The exposition brought together 55 Russian companies from the agricultural industry on more than one thousand square meters, becoming the largest national exhibition in the history of Saudi Agriculture. 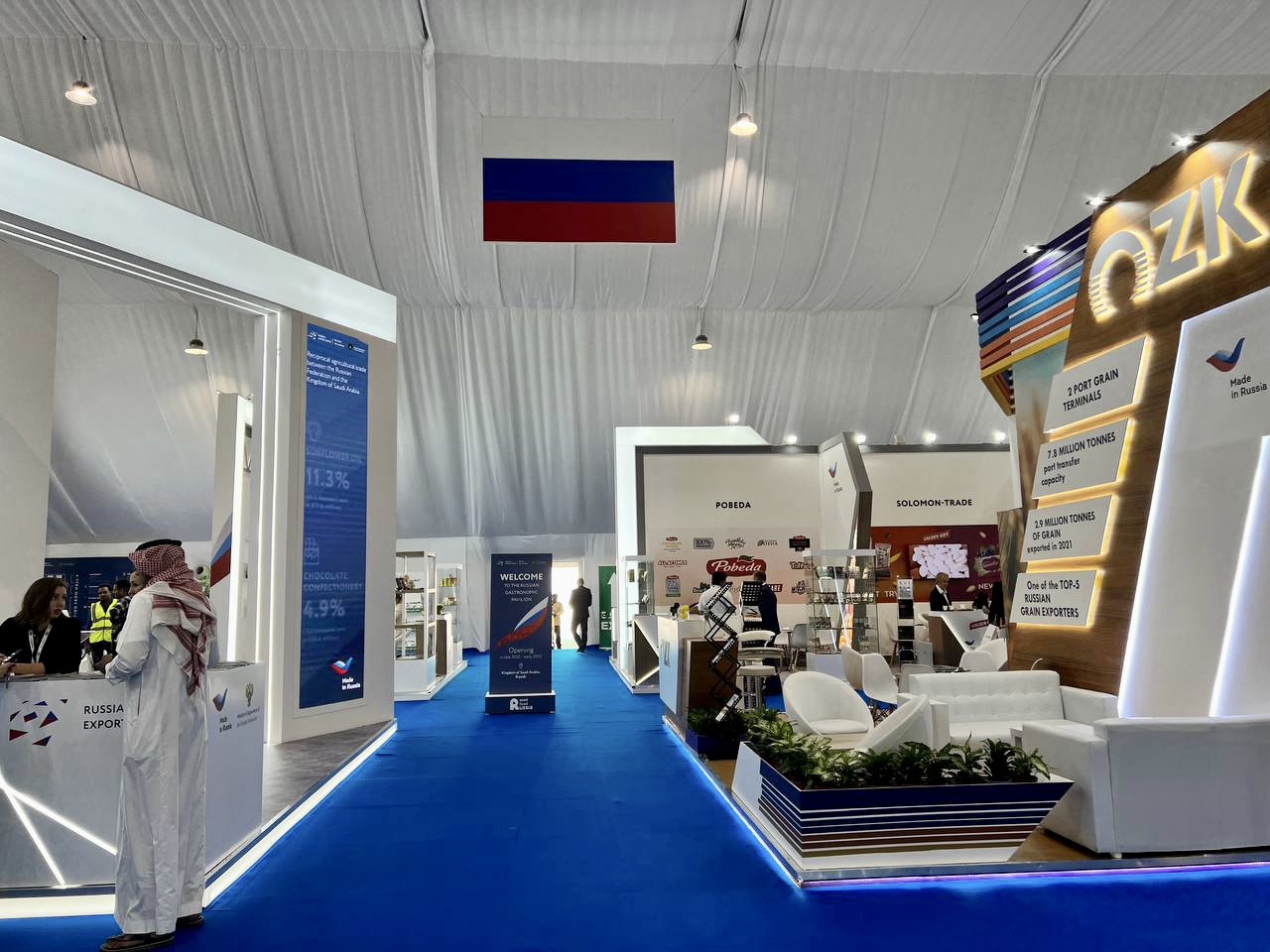 The Russian exposition was opened by the Minister of Agriculture of the Russian Federation Dmitry Patrushev, General Director of the Russian Export Center Veronika Nikishina and Ambassador Extraordinary and Plenipotentiary of the Russian Federation to Saudi Arabia Sergey Kozlov. Dmitry Patrushev stressed that over the nine months of this year, the volume of agricultural exports from Russia to the Saudi Arabian market has increased by half. This shows Russia’s aim to build up trade and economic ties with friendly states.

This year, Saudi Agriculture brought together 450 companies from 45 countries, including 11 national expositions on the area of 18,000 square meters. This makes Saudi Agriculture one of the leading industry events of the entire MENA region and one of the most representative agri-food expos in the world.

Saudi Arabia is one of the largest grain importers in the Middle East: over the past 5 years, the Kingdom has been importing from 11 to 15 million tonnes of grain during the agricultural season, while the volume of Russian exports is from 1 to 2.8 million tonnes. Barley was mainly supplied earlier, but now the supply of wheat has increased. 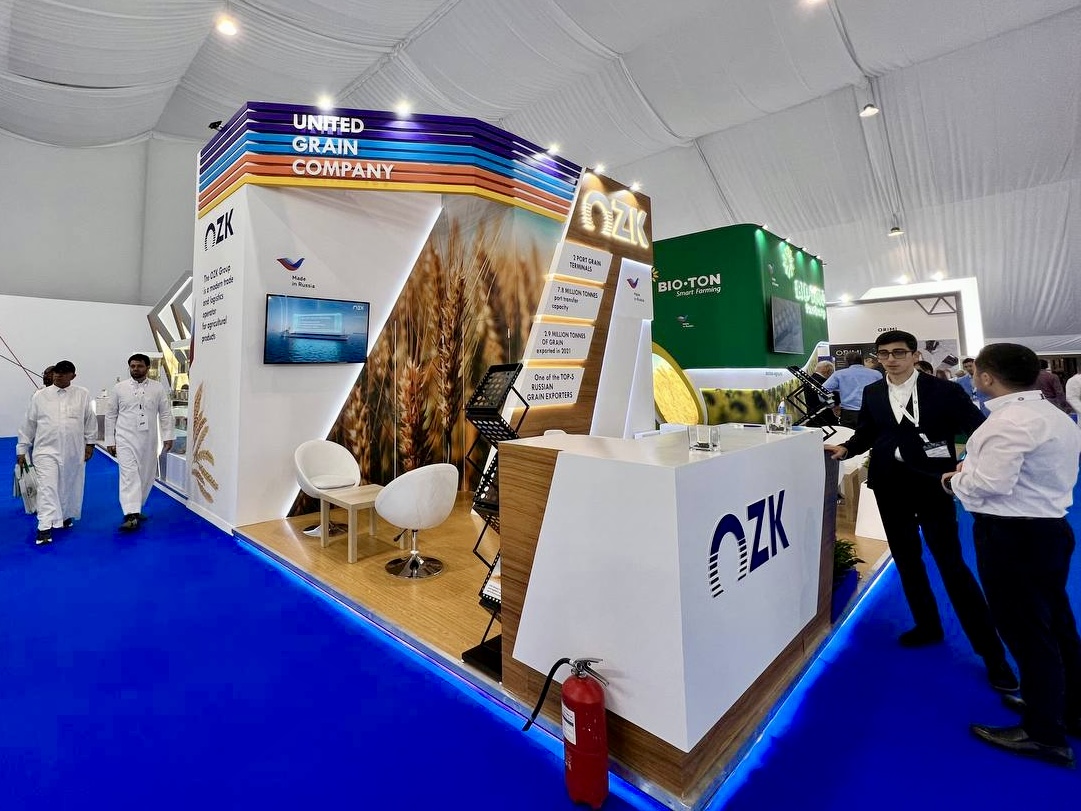 Deputy General Director of the OZK Ksenia Bolomatova spoke at the plenary session "Russia-Saudi Arabia: long-term partnership in agricultural trade." Ksenia Bolomatova presented information about the OZK Group, stressed the intent to develop cooperation with the Saudi Arabia and alacrity of the OZK Group to ensure direct supplies of wheat to the regional market, using the experience gained in the supply of barley.

Exclusion of the international grain traders from the supply chain is one of the priorities of the OZK Group. This reduces the cost of grain for the Saudi Arabia and makes the purchase of the Russian products more profitable.

Russia and Saudi Arabia are finding more and more common ground on economic, trade and foreign policy issues. Thus, the cooperation between the two countries is naturally growing, in agricultural industry in particular. This was evidenced by the significant interest of Saudi Agriculture 2022 visitors to the Russian agricultural products.

The expo is supported by the Ministry of Environment, Water Resources and Agriculture of the Kingdom of Saudi Arabia. Russia, as one of the most important global food suppliers, pays great attention to cooperation with the countries of the Persian Gulf and the Middle East. Thereby participation in the Saudi Agriculture 2023 is already being considered.

The OZK Group is a trade and logistics operator of agricultural products, that ensures the export potential of the Russian grain on the global market, the sole Russian infrastructure company with the State participation on the agricultural market.

The OZK Group enterprises provides the highest standards of responsibility and service in the supply of Russian grain and other agricultural products to the international market; offers a qualitatively new level of “one-stop shop” export operations, solve any logistics problems, and ensure the reliability of on-time deliveries.

The OZK Group is one of the top 5 largest Russian grain exporters.

OZK Group develops cooperation with Saudi Arabia
OZK Group won the first GASC tender in 2022
OZK Group is growing on the global market
Dmitry Sergeev: We are changing with the market